Party Themes can Make or Break It! 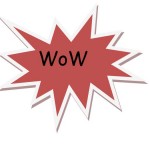 I always seem to enjoy a party more if it has a theme but do you?

Some people thrive on this enforced identity theft while others cringe at the very notion of losing that well maintained facade that they’ve toiled over for years and they’d rather spend the night at home carefully setting their hair on fire.

“I’m not normally a praying man, but if you’re up there, please save me, Superman!” – Homer Simpson

I just don’t understand that! Setting ones hair on fire might be a great headline act and better still, a non fossil fuelled heating method during winter… but I’m one of those people who would prefer to change identities daily if there weren’t queuing and ongoing legal issues involved.

“Tarnished reputations are unfortunate, Robin. We can live with those. However, a threat to all of Gotham City is something else.” – Batman

So…  I see a party theme as a challenge!

It is a task to be manipulated and enjoyed so that it will be an event to be remembered!  I am given permission to ‘go where no man has gone before’, to be an original thinker, to throw caution to the wind and to recreate a whole new self for one whole night. I’m not sure if it’s that focused lead up to the actual event or the anticipation of seeing what other twisted minds have invented for my pleasure… but from the moment the invitation arrives then my life has been gifted a purpose.

There’s something else I seem to enjoy as part of the ‘costume effect’. I like to maximise the stirring effect of one costume by spreading the pleasure and bringing joy or conversation to incidental participants on route to the party. Therefore, there is always a petrol stop or a last minute alcohol purchase to be made on the way!

Doesn’t it give you kind of a, a, a… shudder… of electricity through you to be in the same room with me?– Lex Luthor

Over the years I have created characters for myself and my family that have been original, funny or head scratching but mostly they’ve contributed to the enjoyment of others… and I feel that is ones prime duty as a party participator.

One of my favourites was to go to my red headed friend Lisa’s ‘RED’ themed birthday party as a Strawberry Tart. No, I did not apply shortcrust pastry to my sides and wear a sign that said Bite Me! Instead, I tarted myself up in the best red hooker outfit I could find at the time and capped it all off with a halo of green leaves on my head.

What has been your favourite costume that you have worn or seen worn well?

What has been the best themed party you have attended?

I believe that the main duty of a host of a themed party if they would like to be on my ‘best host list’… is to get the theme correct! This needs considerable pondering! A great theme needs to be fun or witty, something not done to death by every other 21st that year… and something that will allow everyone to participate either simply or contrived.

Robin: “How about rushing the place, Batman?”
Batman: “Shh. I think not, Robin. All they’ve done so far is stolen a few items, attempted to kill you, me, and Batgirl. No, I think they plan something really big.”

I would also like to say that my children have accepted the baton with the same feverish fundamentalism that has fuelled my fervour for fake identities at frivolous festivities.

Prue & Max’s usual weekend partying borders on Halloween while Max’s latest Fall Out Boy was a recent hit and his George of the Jungle outfit in the middle of winter when he was 18 still creates conversation. That’s the main duty of a good costume… to create conversation at the themed party and in years down the track! While party antics will always be talked about … it is the antic combined with the visual impact of a costumed character whose identity you thieved for one night of cryptic clandestine contentment that will have IMPACT!